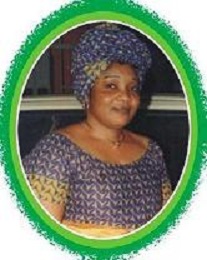 Setting up a foundation can be very challenging especially when it has to do with a disease as passionate as epilepsy, because it takes a lot of time and energy and finance that if you don’t have money and the time one is bound to loose focus. But when your passion is connected right from yourself to the outside no matter the challenges and obstacles you match towards your goals.

In 1990 my first baby was born, a boy. My joy new no bounds, as God would have it he was handsome and brilliant and he went to nursery and primary school without no sign of epilepsy but when he went to college he started having frequent fever and because I was ignorant of the word epilepsy I shouted God forbid when a doctor first mention it in his fourth year in college. 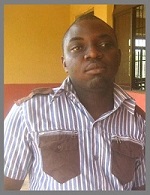 This was the beginning of my journey through dark days. Fortunately for me we managed him through school and he had good grades. But that was the beginning of a nightmare of many years. He was having a kind of seizure the Doctors defined as simple partial seizures. To me this name given to this type of seizure is the opposite because what is simple in a seizure if a child fits up to 10 times a day? I was dilapidated, I thought my end has come, for many years I lived a sorrowful life with my son. I hid him from people each time he is having seizures. I go from village to village, town to town seeking herbal miracle.

But as God will always do it in the life of everyone he turned my situation around my son and I met with a priest by name Rev. Fr. Alfred Agbonlahor who reactivated and turned stabilized our fluctuating faith and with our faith boosted I stopped the native doctors visits, who were just trading with me. (This is my message) They traded with me and nothing good came out. What I got was poverty because I had to sell my properties to be able to meet the high bills I was getting (This is also my message) 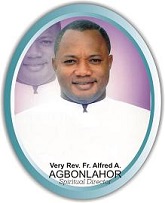 However When my faith got boosted and I started back to attending the Psychiatric Hospital where we had ran from I saw epilepsy from a different angle. I knew then that it can be stabilized, if well managed. (This is also the message). Now we were getting a bit of fresh air because seizureswere not as rampant as before we were beginning to smile though he was still fitting once or twice a week. Then one day in one rainy afternoon inSeptember, I had a dream, a man was yelling at me and was asking me “who takes care of those who have got nobody to care for them?” This same man almost knocked me down in the dream and I beg him to forgive because I was running to buy drugs for my epileptic son hence this question. When I woke up I was troubled. The next morning I told my priest who agreed with me that it was indeed a message. I got home with the question of if really they are other epileptics patients around me that cannot afford ordinary Tegretol for their seizures what happened to them. This drove me to want to know how the epileptic parents like me are coping with their epileptic children. I went home to take the message of Hope across the world that epilepsy is not the end that it can be managed and one can live a normal life. Presently, I have a weekly programme on Edo Broadcasting Service that is growing very popular and we are starting one on Delta Broadcasting Service. This is titled “Epilepsy and the Society” and tag “Hope for the Epileptic”.

i.          Creating awareness on the causes and dangers of epilepsy and to provide treatment to those suffering it – that can not afford it.

ii.          To provide selfless, non-discriminating service to them.

iii.         To encourage and boost the self-esteem of the abandoned ones in the society.

iv.         To foster hope and love among parents whose children are suffering epilepsy.

Those whose children are epileptic have so many stories to tell certainly not pleasant ones because there is a lot of pains associated with seizures, because they are faced with the unnecessary, stigmatization, discrimination and the constant withdrawn attitude of their beloved sons and daughters. Which ever way one looked at it the epileptics and their families need help hence I adopted the above listed aims and objectives.

I have decided to set up a foundation for the epileptics because I know and feel what they feel–pain, rejection, sorrow, this will not be if there are foundations all around us to boost and encourage us.

All these put together, my ordeal, my pain, sorrow and my vision drove me to setting up this foundation on the 16th day of September, 2010 when I decided to write in Church bulletin asking those with epileptic love ones to call my number to rub minds together. This was yielding positive result hence I decided to organize the 1st seminar on the 15th December 2010 which surprisingly was a huge success, from there to Warri for another seminar. So far, we have visited different religious houses, e.g. mosques, catholic and non-catholic churches, creating the awareness that epilepsy is not contagious and that stigmatization is a crime.

However my message goes beyond the churches and the mosques, it goes to where there is a media house because I want the world to know that Epilepsy is a disease of the Brain which is highly misunderstood and stigmatized. It is commonly referred to as “falling sickness” because most people affected by this disease fall down during attack. There are so many myth associated with this disease, many thinks its madness or acquired by eating evil food. Some people also think that it is infections or contagious i.e. it can be contacted by touching the saliva of a patient suffering this disease. All these are myths and false beliefs.

The truth about epilepsy is that the term “epilepsy” refers to the occurrence of more than one convulsive fit that is not related to fever in a person. It affects over 50 million persons worldwide. Most of those affected persons live in developing countries like Nigeria, Kenya, Ghana, Liberia.

Its main causes are :- mismanagement of labour, women who go to their backyard to deliver their babies instead of the hospital should beware. It is also caused by brain injuries after a serious road accident or strong fall. Other cause includes such medical illness like stroke, brain tumors, etc. in a very few cases it may run in the family.

The name of my T.V. programme is Hope for the Epileptics, if there is hope for HIV and asthematic patients then there is hope for us. So let’s encourage then to live a life promised to them by God. Therefore my dear people of God Join me take care of those Peculiar People of God.

ANGIE EPILEPSY FOUNDATION is proud to be on the forefront of ensuring hope for people with epilepsy.

A possible link between epilepsy and greatness has fascinated biographers and physicians for centuries.  Here is a list of some great men and women with this condition: